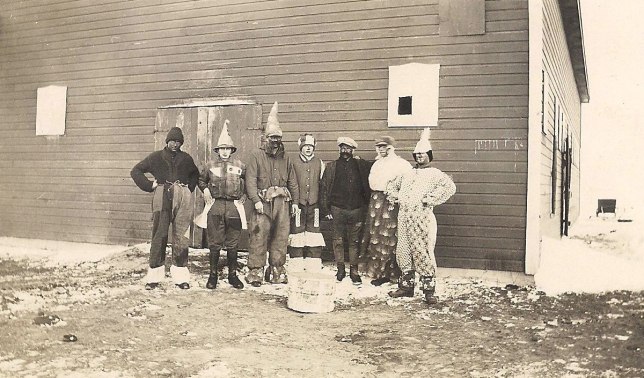 Brommtopp troupe from the mid 1930’s

Spottschreft has learned that many of the residents in the Southern Manitoba villages of  Sommerfeld, Neubergthal and Gnadenfeld were disappointed  when the Brommtopp troupe once again failed to make an appearance on New Year’s Eve.

Noted Edgar Klippenstein, 89, of  Sommerfeld,  “I think it’s been since 1937 that I last remember the Brommtopp coming around, I was just a kid then”.

The tradition of the Brommtopp which was practiced in many Mennonite Villages on ditsied, saw young men dressed in costumes go from door to door on New Year’s Eve providing entertainment in the form of songs and sometimes skits to entertain homeowners they visited.  In return the performers were given gifts in the form of food and drink including homemade chokecherry wine and brandy.

The center piece for the tradition  was the Brommtopp, a drum-like musical instrument with a horsehair tail attached to one end which when played made a very loud ‘brrrumming’ sound which alerted homeowners that the group had arrived.

Spottschreft was able to interview a man from Gnadenthal, who would only identify himself as ‘Jake’.  He indicated that he thinks he knows why the Brommtopp has not been seen for the past 79 years, stating, “My great grandfather was part of the last group that performed in 1937.  They visited the home of Wilhelm Schmidt in the village of Sommerfeld.  After their performance they were given portselkje and a large jug of Mrs. Schmidt’s homemade chokecherry wine.  The wine was meant to be shared by the entire group but by the time they got to Neubergthal all the wine had been consumed by just three members of the group who were now so drunk that the performance had to be cancelled.  The Brommtopp actually fell out of the sleigh they were riding in and was damaged.”

‘Jake’ indicated that his grandfather and the other members of the Brommtopp troupe came under close scrutiny by Church Elders and were only able to avoid excommunication by agreeing to disband the group and promise to destroy the Brommtopp instrument.

Noting that there is renewed interest in the Brommtopp, ‘Jake’ finished on a tantalizing note, adding that the tradition may be revived in the coming years.

During a recent trip to Winnipeg, Rebecca Hamm who lives in the Village of Neubergthal, made an amazing discovery.

Wonder Oil is still on the market.

Gone is the rectangular glass bottle with the black metal screw top and the iconic cardboard box, but  Wonder Oil still exists.

Hamm, who is now 61, fondly remembers her grandmother Tina Wiebe (one her mother’s side of the family) who always kept a bottle or two of Wonder Oil on hand for emergencies.

“During family gatherings when it was crowded and all the kids were running around someone would always end up bumping their head or their shin”, says Hamm, .  “That’s when gramma would go in the closet and bring out the Wonder Oil  and apply it to the injured area and pretty soon the games were on again”.

Not knowing when she would run across Wonder Oil again Hamm bought four bottles.

Although it is no longer recommended for internal use, as was the case with the original Wonder Oil, its other claims are still much the same.  According to Hamm the Wonder Oil currently available smells a little different than it used to, “it has more clove oil in it than it used to”.

In a surprize move Henry Neudorf, Elder of the ultra conservative Oldest Colony Mennonite Church announced today that the Church will ban the song ‘Deck the Halls’.

Neudorf indicated that several of the Church’s fäasenja  are offended by the lyrics and advised him that they will refuse to lead congregational singing unless the song is banned. Neudorf went on to say that banning the song was in keeping with the revisions being planned for the Mennonite Low German Dictionary that he read about recently in Spottschreft.

The banning means that not only will the song not be sung during church services but also, that members of the church are prohibited from singing or even humming the song while for example milking the cows or doing dishes.

When asked to specify what it was about the lyrics that the Church found offensive Neudorf said “its primarily the line Don we now our gay apparel.”

The ban will go into effect when it is announced to the Church’s various congregations, next Sunday.

MITCHELL MB – Inspired by a recent post on Pinterest, Olga Davis has decided to try her hand at mass producing some Mennonite food in here kitchen.

Davis will be marketing home made kjielkje and schmaunt fat.  “Macaroni and cheese has been popular for decades and there is no indication that sales will slow down anytime soon,” said Davis.

According to Davis, kjielkje and schmaunt fat is really just the Mennonite version of Macaroni and cheese.  “It’s really the same thing, just better.”

Davis plans to sell her product as a freshly made and ready-to-serve dish.  She is also researching the the feasibility of freeze drying kjielkje and canning schmaunt fat.  This would give the product a much longer shelf life and facilitate sales beyond the rural areas around Mitchell.

Davis will also have a low fat version of the dish which will be marketed under the ‘Mennolite’ label.

Davis plans to approach the the Manitoba Department of Agriculture, Food Development Centre in Portage La Prairie to seek their endorsement prior to bringing her products to market.

When asked how someone with a name like Davis got into the Mennonite food industry, Davis replied, “don’t let the name fool you, I was born a Schellenberg.”

Walter Hoeppner of Rosenort says he is sick and tired of defending himself against accusations that he placed the “woman with tractor” ad in the Manitoba Co-operator back in  August of 1956.

The ad purportedly read as follows:

Hoeppner says he met Olga Barkman at a Jugendverein in early September of 1957.   As luck would have it, Olga had been left a John Deere tractor and a three-bottom plough by her uncle Cornelius who died in 1955.

Walter and Olga have now been married for almost 60 years and both are adamant that it was not the ‘woman with tractor’ ad that brought them together.

“Besides that,” said Hoeppner, “look at Derk Warkentin from Blumenhof,  in 1957 he married Mary Penner who was a widow and she came with a whole line of farm machinery, not just a tractor.  Has anyone ever asked Derk and Mary how they met?!”

It is unfortunate that no one has come up with a copy of the original issue of the  Co-Operator as no doubt it would have listed a box number.

Local Halbstadt farmer Trock Heinrichs says he is not concerned about America’s one China policy.

Heinrichs indicated that as far as he is concerned things that happen on Jantsied, like the recent gay pride parade in Steinbach, have little effect on people living on Ditsied and China is even further away than Steinbach.

When asked about his first name, Heinrichs who declined to be photographed said because he drives a half ton and has never owned a car  people in the area started calling him Trock and it just kind of stuck.  His actual given name is Corny.

Heinrichs did agree to have his truck photographed.

Eminent Mennonite scholar and historian Victor Enns has announced that he is heading a project team with the goal of rewriting the Mennonite Low German Dictionary, in keeping with the principles of Newspeak.

Newspeak, and adaption of the English language first proposed by George Orwell in his novel 1984, stresses the elimination of words from the language.

According to Enns people formulate thoughts based on words.  If the words do not exist, thoughts cannot be formulated.

Enns believes that by eliminating certain words and phrases from the Plautdietsch vocabulary, thought patterns, discourse and most importantly beliefs can be altered in keeping with Mennonite theology.

First to be eliminated from the dictionary are the phrase   ‘wann twee Maunslied dijchta fekyea habe’,  and the word ‘jungesschenda’.  (see translation page)

For their next fundraising promotion the Liberals have decided to up the ante in an attempt to keep abreast of the Conservative fundraising effort.

Every donation  of 2.5 million dollars (US) to the Liberal Party of Canada will entitle you to receive a machine autographed made-in-China Justin Trudeau selfie-stick.  The selfie sticks will be handed out at the next Liberal Pay-for-Play fundraiser scheduled for early 2017 at an undisclosed location in Cuba. 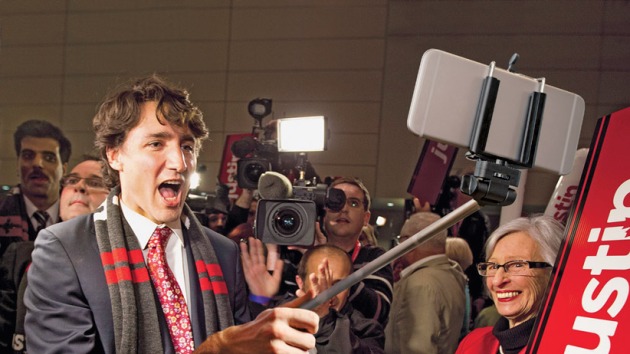 Proper use of the selfie stick as demonstrated by Mr. Selfie

How long is too long? 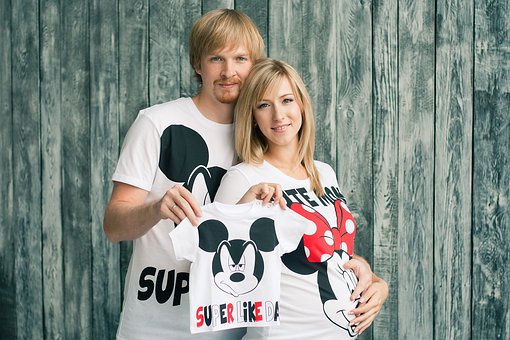 Their first child, a male child, was named  Herbert Schellenberg-Janzen-Loewen-Friesen.

Herbert gew up to be a fine young man and on April 2nd, 1971 he was married to Margaret Gerbrandt-Giesbrecht-Toews-Petkau.

Alexander grew up and fell madly in love with Frances Dueck-Wiebe-Klassen-Voth-Kehler-Ginter-Dyck-Hiebert.

Alexander and Frances quickly realized that the Mennonite tradition of hyphenated surnames would result in their children having the surname:

Not wishing to burden their children with such a bothersome moniker Alexander and Frances  decided to abandon Mennonite tradition and legally changed their names to Smith.

The extended hyphenated surname was becoming too much like a Mennonite alphabet, noted the Smiths. 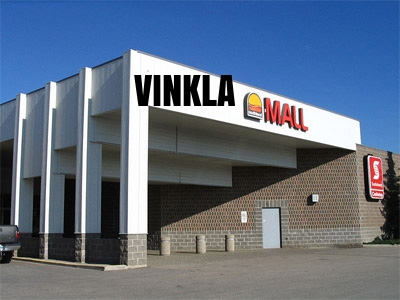 A recent report in the Daily Bonnet erroneously reported that Winkler had changed it’s name to Vankler.

We are appalled that the Daily Bonnet, who had a representative present at the council meeting where the issue was discussed was not able to file a factual report.

Although the name Vankler was brought up during our discussions is was quickly dismissed as several council members felt that Vankler could very easily be mispronounced by non Plautdietsch speaking people as Wankler or even worse Wanker which has very  negative and derogatory connotations. For that reason the more traditional, “Vinkla” was agreed upon.

The same article also suggested that council was petitioning the City of Winnipeg to change its name to Vanapag.  Although there have been informal discussions with the City of Winnipeg  our suggestion was that  they consider changing their name to Febräaakjestaut in keeping with their designation as a high crime city.

Council does not impune negative motives to the Daily Bonnet.  It may well just be another example of how people from jantsied who employee a different pronunciation of some Plautdietsch words simply got it wrong,  again.

In keeping with Mennonite tradition, we forgive them.

My Song of the Day for Today

A Daily Dose of Music for Your Soul